The Graduated Ownership Scheme (GO) was developed by Future Housing Review in response to the housing crisis in England. It is based on the framework built around the shared equity scheme used in the UK and the restricted resale period, commonly used in the US. This new model takes a straight forward approach to shared ownership, developed as a more affordable and fairer alternative to the governments 'Right to buy' scheme.

The brief was to create an identity which was bold, modern, progressive and optimistic, not unlike how many of the housing associations and developers now look.

The solution was to focus on the simplicity of the scheme, combining the G and the O in their basic form to create a house out of the G, connected to the O at the centre representing the ownership. A bold colour palette was selected along with a gradient which could either be used within the logo or as a background overlay to the imagery. Alongside the branding, an A4 general information leaflet and a pull-up banner for events were created. 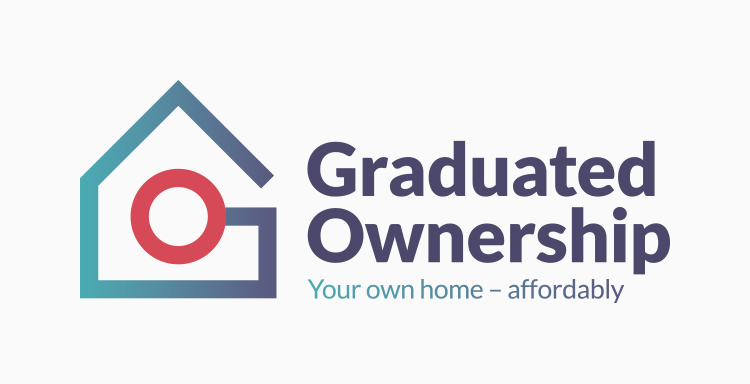 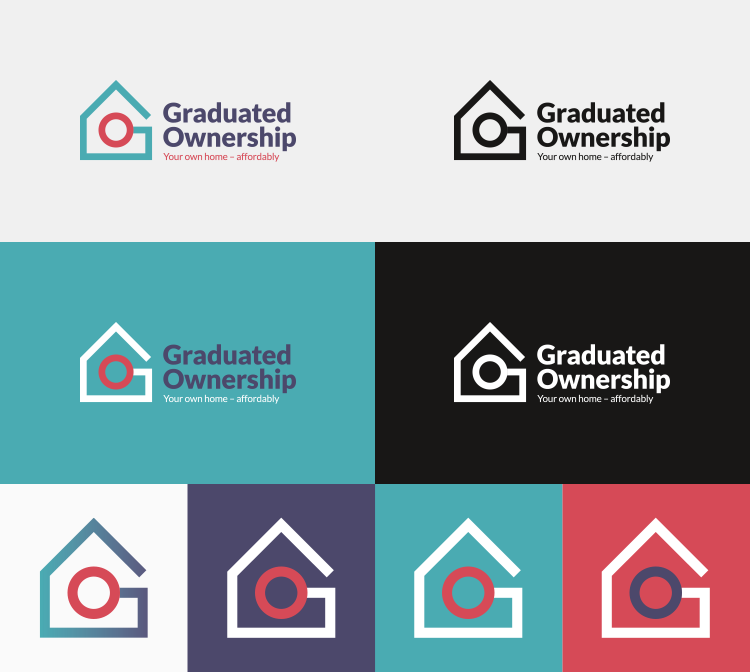 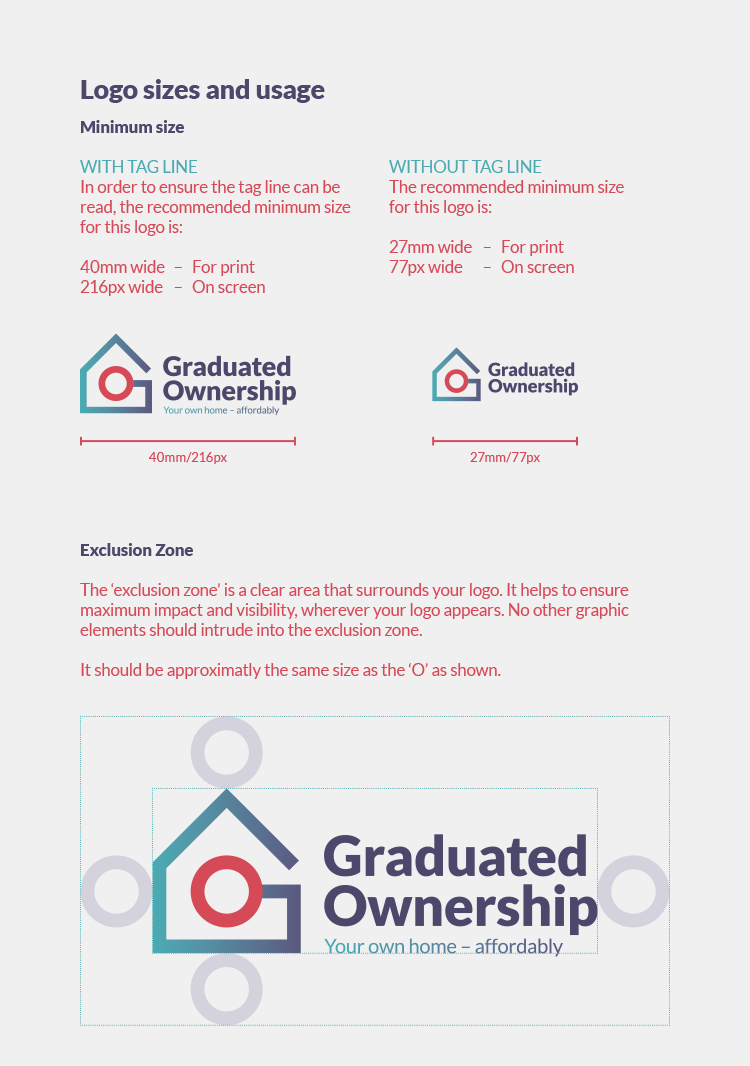 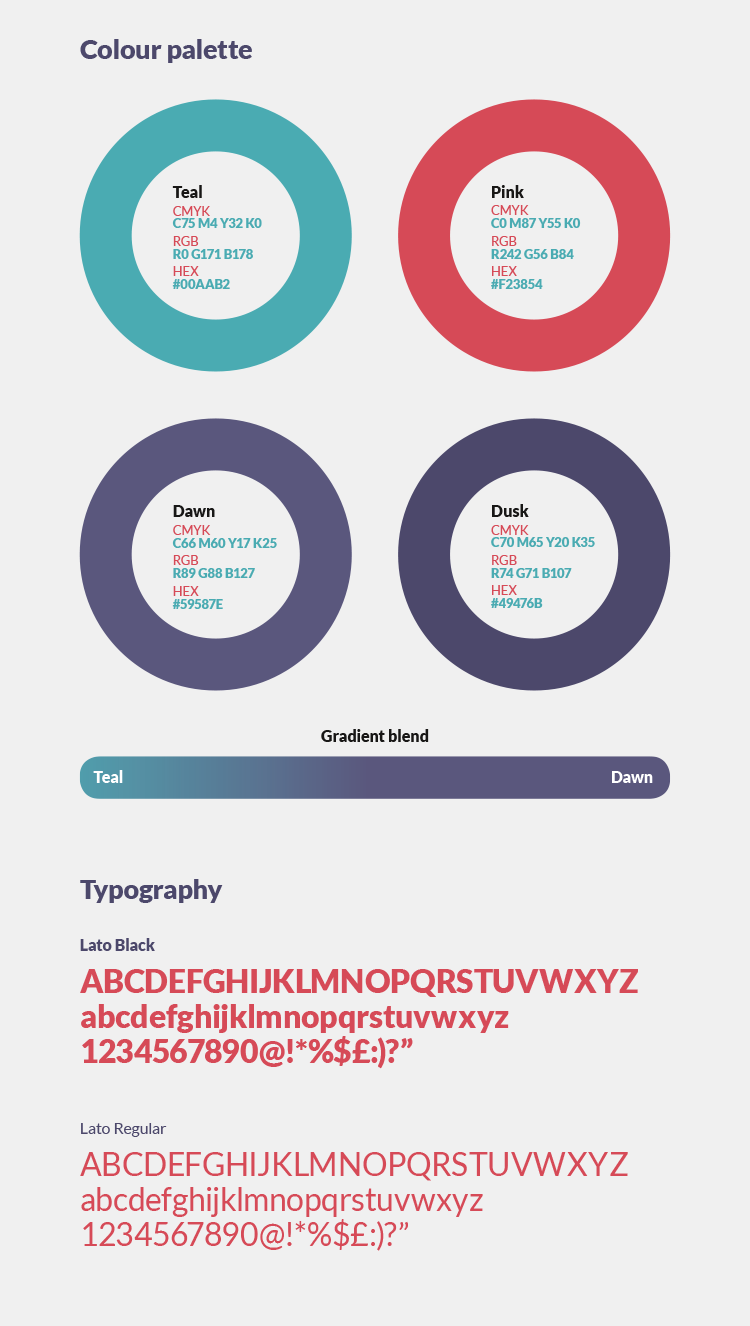 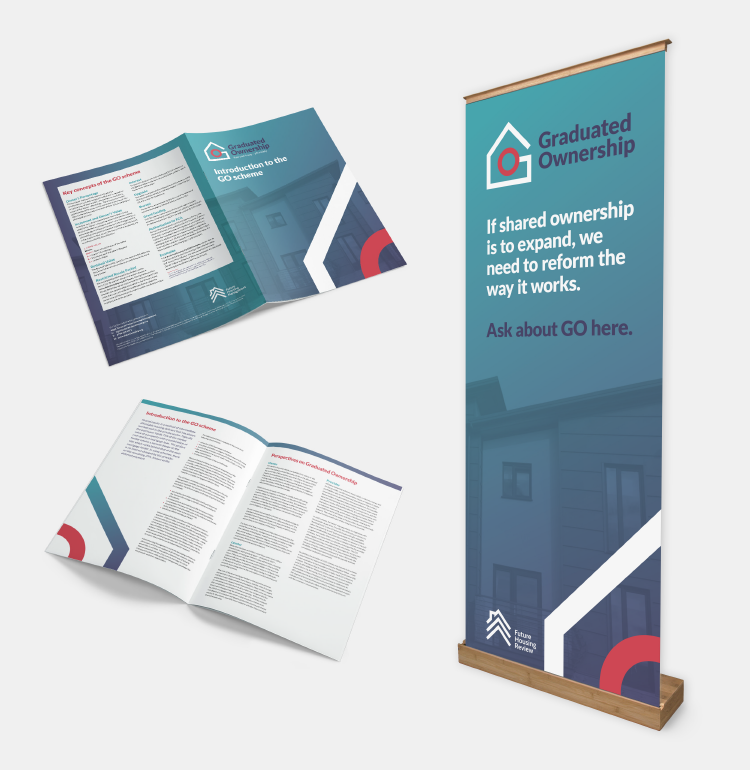