In preparation for a magazine relaunch, I was commissioned by Frank! Communications to come up with one of the four different creative approaches to be taken to a focus group for testing.

My brief was to re-imagine the magazine in a fresh, bright and colourful way, looking at all aspects of the design from the layout to the masthead, colour ways, fonts and use of imagery, taking direction from magazines like Zest and Cosmopolitan.

The visuals included a front-cover, contents page, a feature spread, a news spread and a recipes spread.

This concept wasn't taken forward, however I was later involved this the redesign of My Life, Diabetes UK's magazine for children. 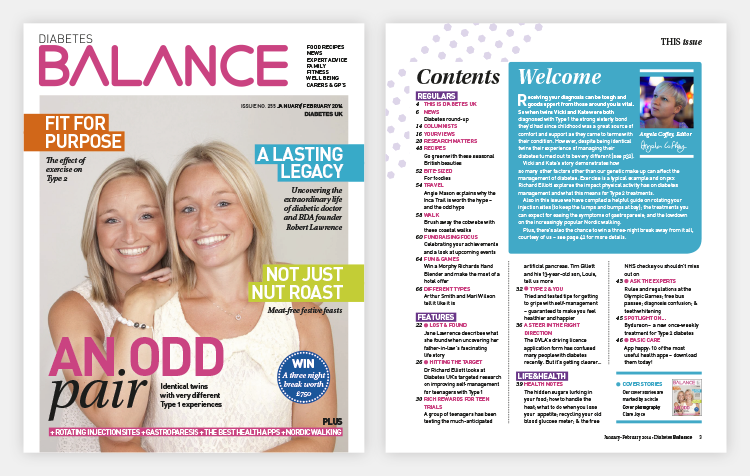 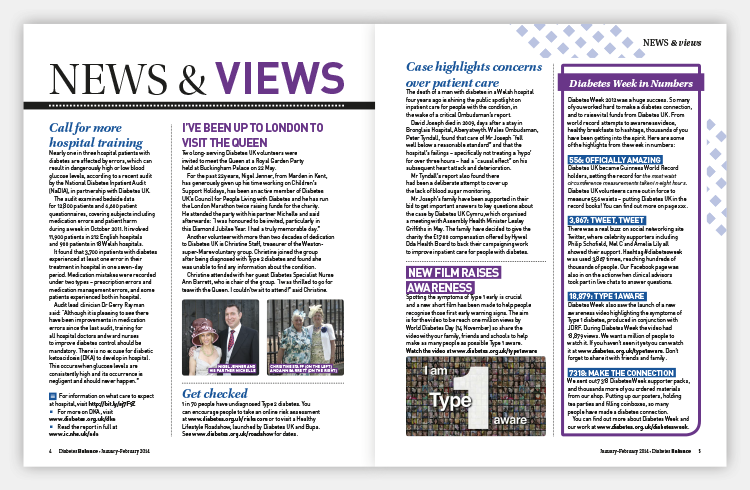 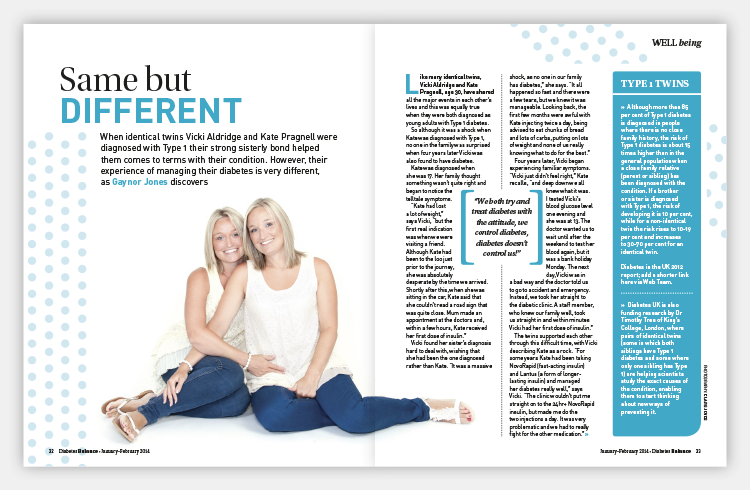 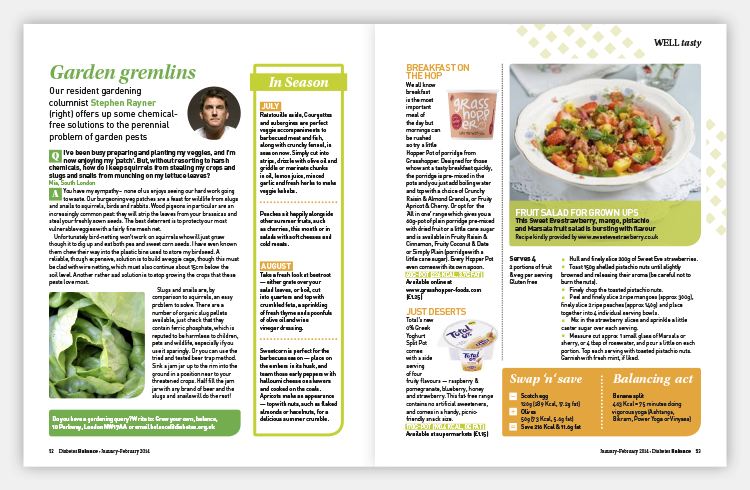